I’ve been following the RWYC Transatlantic Event 2017 (OSTAR/TWOSTAR) race and the F11 hurricane-force storm that hit the fleet. Here is the story.

This is a very good study in boats because, as you’ll see, these are some of the most experienced sailors in the world. So it’s all about the boats – not the skippers. How do these boats hold up to these incredibly violent conditions?

It’s an important question in light the never-ending “blue water boat” forum debates. So, here are the boats that were damaged enough to require rescue:

TAMARIND: Formasa 42 – Severely damaged in the storm (hatches stove in and taking on water from one report) and scuttled by Mervyn Wheatley, one of OSTAR’s best known skippers. He is a hugely experienced sailor and former Royal Marine who has sailed over 260,000 miles, and was also a skipper on the first ever Clipper round the world race. He has also done five Round Britain & Ireland Races, seven Azores and Back (AZAB) races and many previous OSTARs. Mervyn was pulled off Tamarind by the Queen Mary 2. 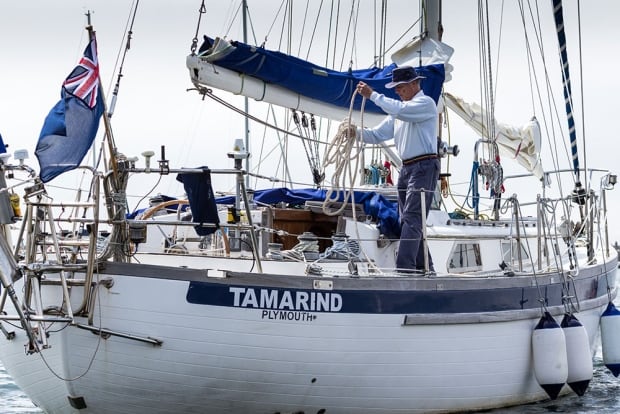 And interesting aside from Yachting World:

This was Wheatley’s 19th Atlantic crossing and worth noting is that his yacht, Tamarind, which he has cruised and raced for over two decades, is a Formosa 42, a strongly built, very traditional long keeled double ender.

FURIA: Luffe 37 – Sailed by Bulgarian Finn champion Mihail Kopanov and co-skipper Dian Zaykov. Reported taking on water and then sunk (uncertain at this point what the breakage was). Both sailors pulled off by the survey vessel Thor Magna prior to sinking. 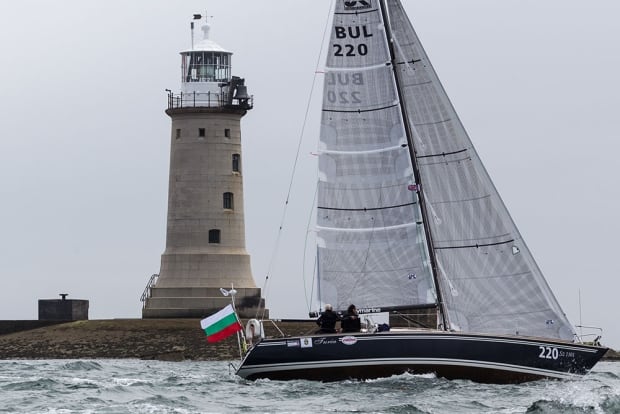 HAPPY: Jeanneau Sun Fast 37 – Sailed by Wytse Bouma & Jaap Barendregt, both experience racers – but this was their first OSTAR. Boat was dismasted but floating. Both sailors were pulled off by the commercial tug ALP Forward.

Each of these are very different boats, types, and builds – with the Jeanneau sounding like it was the least damaged of the 3.

Two other boats in the fleet were damaged but able to make way under their own power. They were:

Among the more exotic boats in the fleet (e.g. – Opens, Tris, One Designs, etc.) – there were several other “production boats” such as other Jeanneau Sun Fasts, Morgans, and there was even a freakin’ Corsair out there!! Good grief! Could you imagine being on that think in that weather??? Looks like the retired before getting sucked into the major stuff.

At the end of the day, of all the damaged and lost boats, only one of them is a “production boat”. So, what does this mean for the traditionalists of the longstanding blue water debates?

I’d say the Blue Water Chuckleheads on the various forums have some ‘splaining to do.

PS – I’m very glad that all souls are safe. That’s all that really counts. And it’s great that ship-assisted rescue was the savior in each instance. Make sure to read my article on this to understand what these guys were up against:

Rescue at Sea – Are You Prepared?

Well done to all.

2 thoughts on “The OSTAR/TWOSTAR Rescues”

A Site For Big Freakin' Sailors.